The Gilbert and Jacki Cisneros Foundation works to cultivate a community that supports Hispanic student education. We support efforts that help enlighten others to the many benefits of a college education. We believe these benefits extend not only to individuals, but whole communities.

We understand the many challenges facing Hispanic students. For many, it is the challenge of being the first in their family to attend a post-secondary school. This poses unique difficulties when dealing with the college process, including not knowing where to turn for help with the process, not knowing which colleges might provide the rigor and support they need, and not knowing what to expect once they get there. The Gilbert and Jacki Cisneros Foundation seeks to bridge these challenges by creating a culture where going to college is more than just a possibility—it’s a concrete expectation with the support mechanisms to make it all happen. 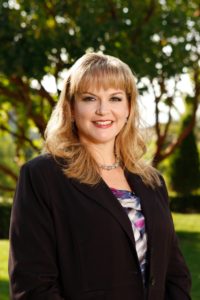 Jacki’s work doesn’t end at the high-school level; in fact, it begins with El Rancho’s youngest students. Every fall, Jacki hosts the Generation 1st Degree- Pico Rivera Kindergarten Book Giveaway, with the goal to promote early literacy skills in young children. Since 2011, the annual event has provided more than 5,000 books to kindergartners throughout Pico Rivera in order to help instill in them a love of reading. And ultimately uplift and inspire the children to dream big.

Prior to her foundation work, Jacki enjoyed a successful 18-year career in broadcast journalism, covering news and entertainment in Los Angeles. She is a two-time Emmy® award winner and worked as an assignment editor at several Los Angeles news stations, including KNBC, Fox-owned KCOP, the local CBS affiliate KCBS, and the nationally-syndicated entertainment show EXTRA.

Jacki grew up in both Pico Rivera and Yorba Linda, California. She graduated from the University of Southern California, with a B.A. from the Annenberg School of Communication & Journalism and currently serves on the advisory board of the Congressional Hispanic Caucus Institute (CHCI). 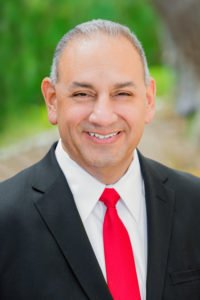 Gilbert Cisneros is advocate and co-founder of The Gilbert & Jacki Cisneros Foundation, an organization committed to improving the level of Hispanic education in the country. Gilbert’s dedication toward philanthropy began when he purchased a winning California Mega Millions lottery ticket in 2010.

Gilbert and his wife, Jacki, have since devoted their lives to philanthropy, initially leading them to make donations to their alma maters, The George Washington University and University of Southern California, to endow scholarships for Hispanic students. This was followed by endowing a scholarship with the Navy Supply Corps Foundation. They soon partnered with the Hispanic Scholarship Fund and the city of Pico Rivera, California to create Generation First Degree Pico Rivera, with the goal of putting a college degree in every Hispanic household in the city. Their philanthropic journey eventually led the couple to form The Gilbert and Jacki Cisneros Foundation in 2011, funding it with an initial $20 million.

Previously, Gilbert worked at Frito-Lay® as Shipping & Distribution manager, and Manufacturing manager.  He also served as a Supply Officer in the U.S. Navy, completing both a Mediterranean and a Western Pacific Deployment. He was awarded the Navy Commendation Medal, Navy Achievement Medal (two awards), the National Defense Medal, and the Armed Forces Expeditionary Medal. He received a Naval Reserve Officer Training Corps scholarship, and graduated with a B.A. in Political Science from The George Washington University. He also holds an MBA from Regis University and M.A. in Urban Education Policy, from Brown University.

Gilbert currently serves as the Secretary of the Latino Donor Collaborative, he is a member of the Southern California Advisory Council for the Hispanic Scholarship Fund. He is also a member of Advisory Council for the Dean of Columbian College of Arts and Sciences at The George Washington University.   In 2015 he was appointed to the President’s Advisory Committee on the Arts for The Kennedy Center, and most recently, he became a member of the Brown University Diversity Council.